The Department of Journalism and the Department of Computer Science of Hong Kong Baptist University (HKBU) co-organised the Data and Media Hack 2019 (DMH 2019) in HKBU from 25 to 27 January 2019. About 100 students from 7 universities in Hong Kong took part in the competition that aimed to set the stage for innovation and exchanges between media and computer spheres, and encourage students to leverage artificial intelligence (AI) and media data to address social or commercial issues that matter to our future. During the intensive 48-hour competition, 14 contesting teams had to choose from one of the three topics, including (i) Health and Ageing Issues; (ii) Media, Culture, and Entertainment; and (iii) Leisure, Retail and Tourism, to initiate conceptual modelling, feasibility study, data analysis, programming, and presentation. 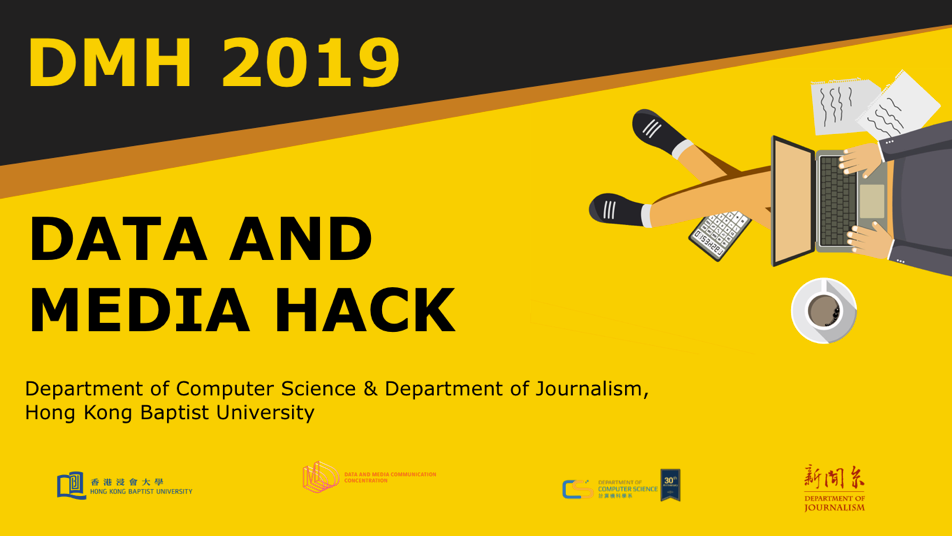 HKBU, a public research-oriented university funded by the HKSAR Government, is one of the most prestigious universities in Asia. The Department of Journalism under the School of Communication was ranked by well-known journalism website Asian Correspondent as Top 10 Journalism School for Asian Students. As an enterprise dedicated to the application of AI and information technology, Wisers was invited to support DMH 2019, allowing the contesting teams access to Wisers AI API for natural language processing and news monitoring portal WiseSearch.

At the opening ceremony, scholars and industry experts from various universities in Hong Kong shared their insights and experiences in  programming development, data analysis and visualization to the attendees. Dr He Chao, founder and Director of Wisers AI Lab, delivered a keynote speech titled “Leveraging Big Data and AI to Facilitate Business Decision”.

In his speech, Dr He stated that in relation to market communication, the “new media” has become the “mainstream media” in the age of mobile internet. Every individual, corporation or institution is the consumer, creator and transmitter of data. The potential information and values in media big data can be explored by AI in full, thanks to natural language processing and image recognition technologies. Through the refining and processing by Wisers AI, and with data and forecasting model used internally within corporations, what can turn into big data useful for corporate decision-making can range from macroeconomic topics, such as economic policies and international trade environment; business topics, such as industry trends, capital dynamics and technological innovations; social media user comments specific to any product in particular. 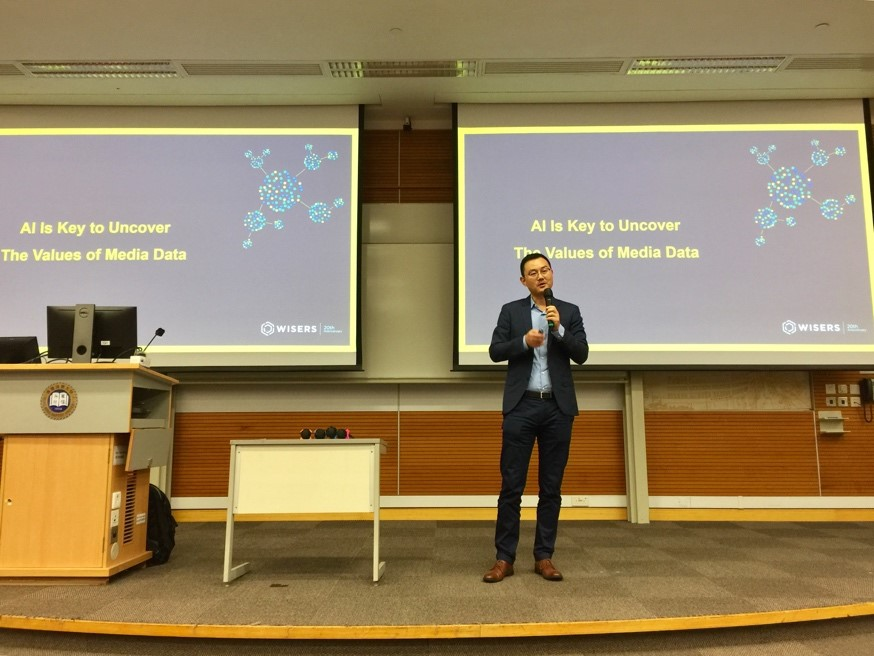 Dr. He cited cases of Wisers AI applications to motivate the participating teams to uncover values of media data with the help of AI: To help brand owners make use of social media to identify and analyze target customer groups, Wisers makes use of AI to analyze text and image data from social media. Wisers identifies consumer demographics, spending habits and real-life scenario information in order to accurately predict consumer sentiment and monitor their voices, to come up with a true picture of the target groups. Data values are displayed in multiple dimensions. 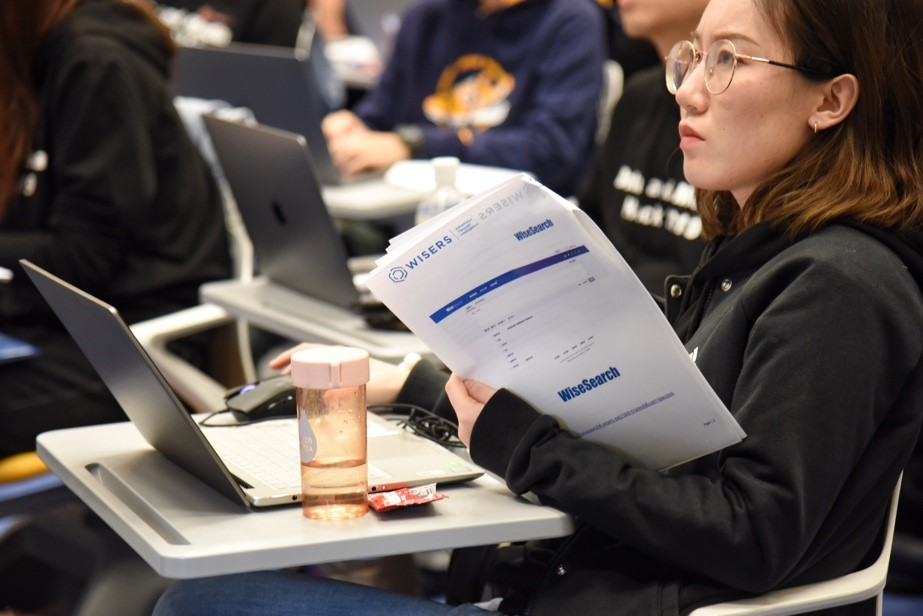 For DMH 2019, Wisers has opened up a number of self-developed core AI technologies, including the largest Chinese semantic vector model in the world, which contains more than nine million words and has been trained based on neural network models. Another one was a classification system derived from the aforementioned model focusing on text topics. What’s more, there was the automatic synopsis technology – a winner for the “Single Text Synopsis” category at the 7th International Natural Language Processing and Chinese Computing Conference (NLPCC 2018). Another one was the named entity recognition technology that can automatically identify nine entities, including companies, brands, products, personnel and titles. In addition, the technology involving sentiment analysis has succeeded in helping as many as almost 3,000 enterprises and institutions in running buzz monitoring and risk identification.

Wisers has set up the Wisers AI Innovation Award to recognize the most creative application of AI mining. Team CYDA won the championship with an innovative solution that applies Wisers AI API to improve the life of solitary elders in Hong Kong, which has also landed them the Wisers AI Innovation Award. Wisers’ CEO, Ms. Denise Che presented the award to the winning team. She introduced the latest development of Wisers, and encouraged young people to plunge into the research of AI and Data mining to unlock the potential of the technology. 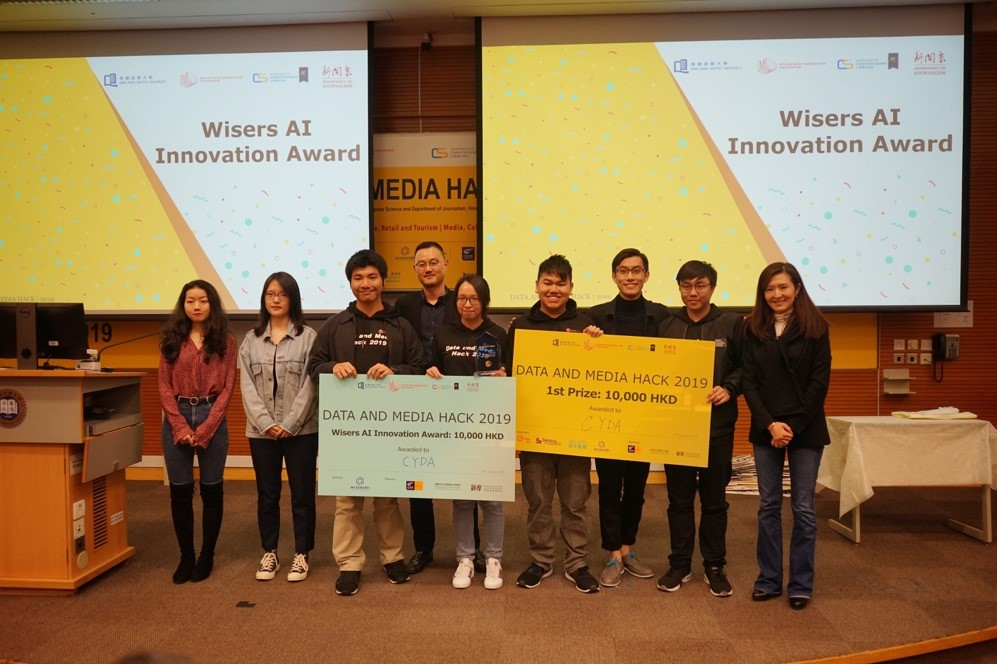 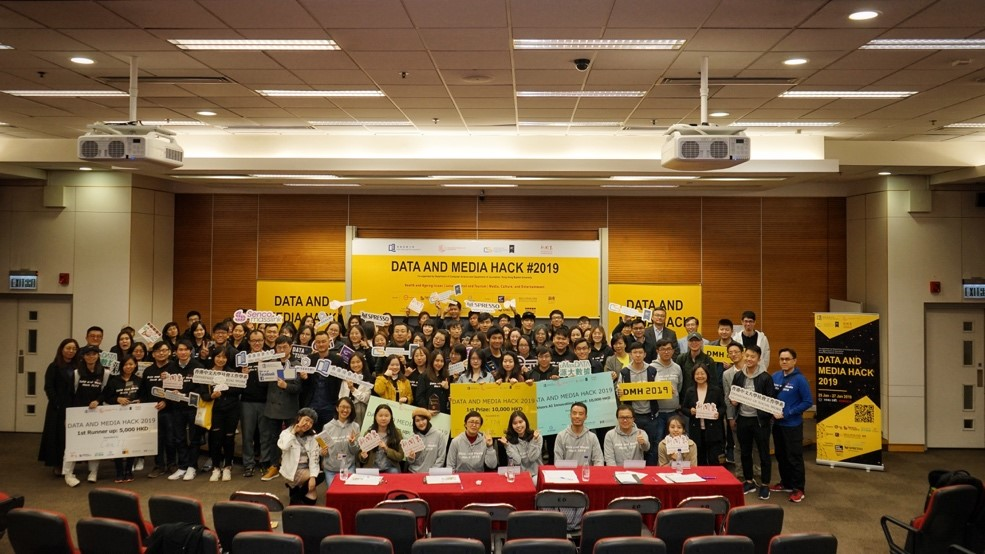