Five Years After Implementation of Provisions on the Liability for the Repair, Replacement and Return of Household Automotive Products, WisersAnalytics Makes In-depth Analysis into Market Changes
2019.01.10

WisersAnalytics and China Consumer Journal jointly released a report on how the 5-year implementation of the Provision on the Liability for the Repair, Replacement and Return of Household Automotive Products (the “Provision”) has affected consumers’ behaviors. Through collecting via backtracking data, the study aimed to understand the effectiveness and feedback of the Provisions, in a bid to shed light on related issues and development trends. After combing through massive data, the report made analysis and interpretation through thus gaining widespread recognition from the industry as well as capturing the attention of the majority of automobile consumers.

The report focused on the user discussion data on 2 media platforms, namely forums and Weibo, during the period of October 1, 2013 to September 30, 2018, regarding the Provision. On the basis of data capture, WisersAnalytics labeled the data and classified it into nine sub-categories under “Provision products and services” and “Rights related to the Provision” so as to facilitate the multi-dimensional and professional exploration of the rights protection brought by the Provision over the five years, as well as room for improvement.

The report showcased Wisers’ powerful data analysis capability, which analysed the changing trends among consumers and their concerns, as well as differences in hot topics among consumer discussions from a massive amount of data. The report divided the implementation process of the Provision into three periods—awakening period of awareness over rights protection, outbreak period of rights protection issue, and maturation period of the Provision.

According to the report analysis, the Provision is implemented under the macro backdrop of leapfrog development achieved by China’s automobile sector to become the world’s largest automobile consumer market, which led to the emergence of massive amount of automobile consumption-related disputes. The former AQSIQ officially issued the Provision and announced its effective date of October 1, 2013.

The report showed that one year after the implementation of the Provision, consumers’ awareness of rights protection had continuously grown and they began to seek active rights protection. Widely-used words in discussions such as “malfunction” and “recall” have become the focus of the content. The period of October 2014 to September 2016 was a sensitive period for rights protection, as well as a concentrated period in which issues emerged. With consumers becoming more familiarised with the Provision as well as their increased awareness of rights protection, the overall discussion of topics involving recalls and large-scale after-sales incidents dropped significantly. During the period of October 2016 to September 2018, the main topics of discussions included experience on the protection of personal rights and questions regarding the protection of rights. 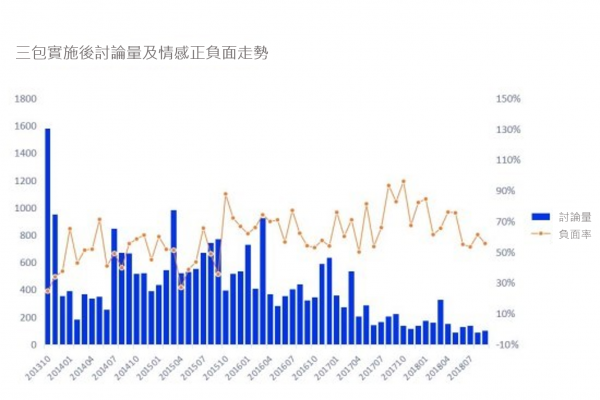 According to the trend of topics in the report, there is a gradual decline in both the volume of discussion and negative rate in the latter period of the implementation of the Provision. Such volumes have also dropped significantly in the past two years, accompanied by a decline in the proportion of negative topics. This indicates that the number of serious cases of unsuccessful rights protection is gradually decreasing. Meanwhile, the implementation of the Provision has resolved the dissatisfaction among consumers, thereby allowing the issues to be resolved within the legal framework.

Deep-rooted problems which need the attention of the industry

Judging from the sentimental component of the topic, “Multiple return to factory for maintenance” and “Waiting time for repair” are the issues that consumers found most dissatisfying, with a negative rate of 98.7%, and 87.4%, respectively. 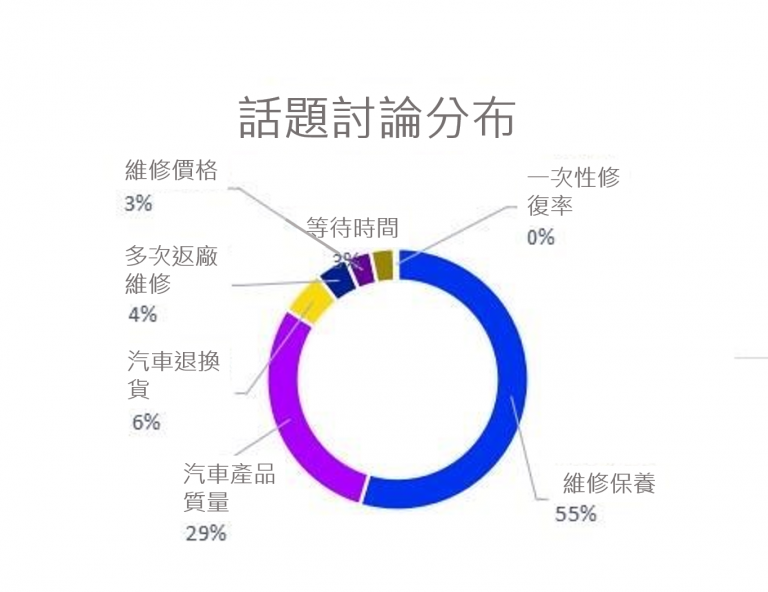 As the core of service quality system, “One-time repair rate” consistently scored around 80 points, which is significantly lower than other aspects in the rate of satisfaction. There are still deep-rooted problems which need the attention of the industry.

Meanwhile, most of the topics related to product quality are about the malfunctioning of products. Hot keywords are “safety”, “recall”, “First Automobile Works Group Corporation” and “repair”. Other than that, price remains a topic that consumers always talk about. According to the report, keywords in discussions related to price include safety, defects, repairs, etc. In terms of content, the topics mainly focused on the high maintenance price of vehicles. Some consumers believed there are quality issues with the vehicles, while some felt that the fees charged for inspection and maintenance are unreasonable. 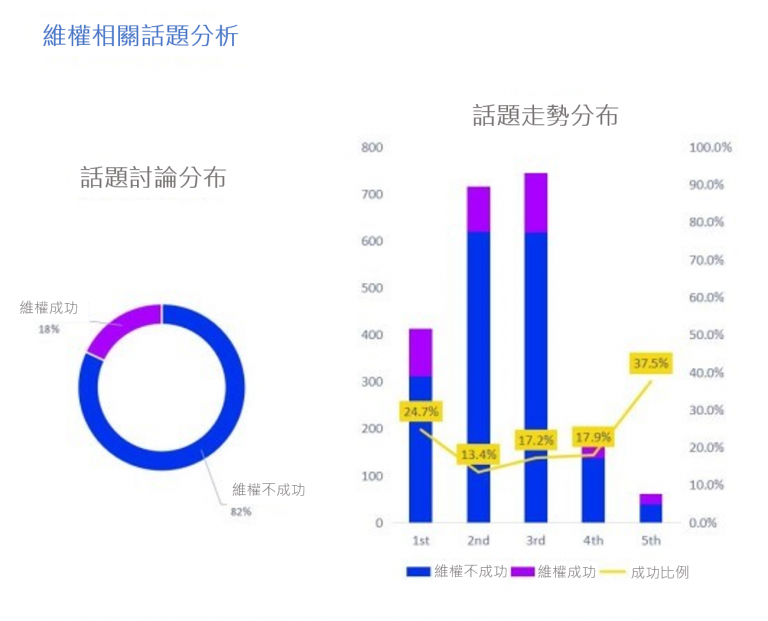 Upon reviewing the five-year development of the Provision, it can be seen that both improvements to corporates’ security and consumers’ awareness of rights protection have significantly improved. Sentiment discussions on the Provision reached a peak during the period of 2014-2016, and gradually subsided in the following two years. Sentiment discussions gradually shifted to the rights protection experience of individual consumers and the increased success rate of rights protection, indicating that relevant regulations are becoming more sophisticated and mature. The report finally stressed that with the continuous changes in the automobile industry, new problems related to the Provision have emerged. Resolving these issues requires the attention, discussion and joint efforts of all sectors.

The powerful data analysis capabilities of WisersAnalytics can be reflected in the report. For example, through the proportion of discussion topics related to “Provision and services” over the five-year period, a quantifiable phenomenon can be seen, while the strong conclusion of “serious cases of unsuccessful rights protection are gradually decreasing” can be made.

Meanwhile, the ability of WisersAnalytics to professionally analyse the industry situation in multiple dimensions is also showcased by the report. It would be difficult to uncover anything from the massive amount of data related to “Provision and service” without mining, processing and packaging the information. Yet, with WisersAnalytics, the industry information is combined with keywords from consumer discussions and compared against the information from past years, allowing for a more professional and credible conclusion that can be used as a reference for automotive industry practitioners, consumers and policymakers.

It is understood that WisersAnalytics relies on the ever-growing Chinese all-media information database and semantic resources accumulated by Wisers over a period of more than 20 years, and is driven by AI and big data technology. AIDA is applied for clients’ analysis framework, with AI technology digging deeper into the discussion by topic discovery, sentiment analysis, topic classification, etc. Vertical industries cultivation is also done at the same time to continuously keep track and monitor new trends for the brand. This helps companies to better connect to users and markets as well as convey brand concepts and values, ultimately achieving the aim of brand advancement in a new communication context.