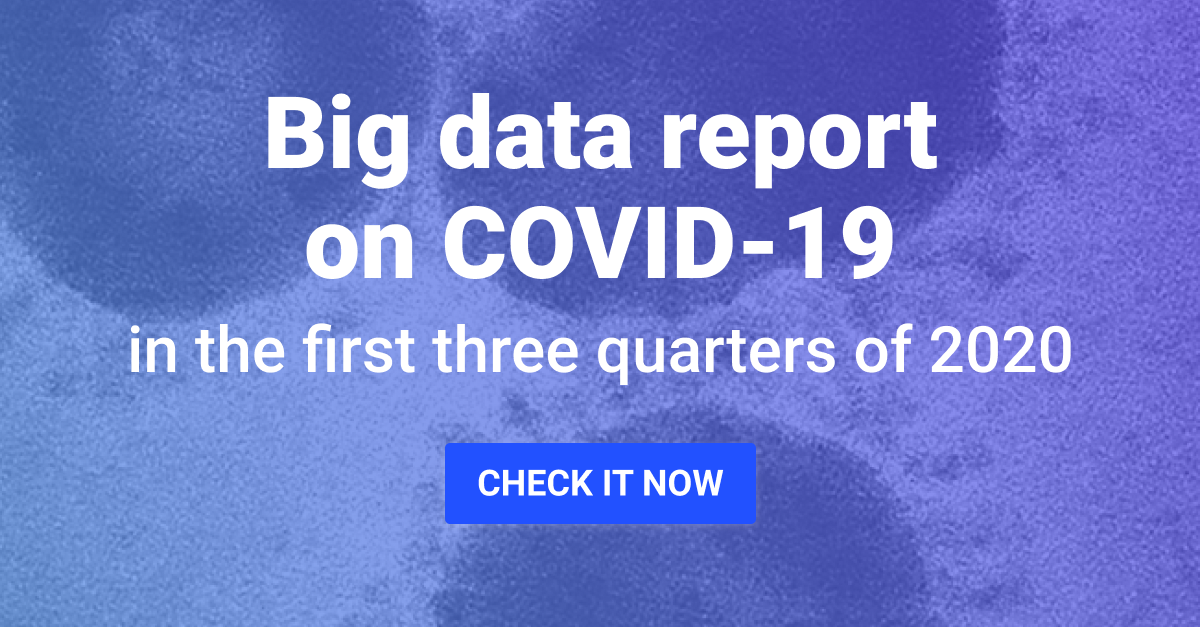 After 3 rounds of big data research on COVID-19, what we want to know is...

1. Question: How did society respond when COVID-19 first outbroke? Answer: "Epidemic Index 1.0": A preliminary study of how society responded. (Click here to view the report)

2. Question: As the epidemic worsened, the government took measures. Was the public satisfied? Answer: "Epidemic Index 2.0": Evaluation of public opinion on the policies and the performance of Government officials. (Click here to view the report)

3. Question: What impact did the spread of the epidemic have on all levels of society? Did any opportunities emerge? Answer: "Epidemic Index 3.0": there was a deep-rooted impact on HK people’ lives when it comes to clothing, dining, accommodation, transportation, work, study and entertainment. (Click here to view the report)

How Wisers did the research

Over three rounds of research, we applied data mining, sentiment analysis, semantic analysis, keyword analysis, and many other intelligent technologies. Then, the professional Wisers team analysed the information in detail.

1 Jan – 6 Feb: The entire city talks about the scramble for face masks.

7 Feb – 7 Mar: Saying thank you is the main theme in this period.

8 Mar – 19 Mar: This period was characterised by a mixed bag of emotions and changing online public sentiment.

29 Jun – 23 Jul: Citywide alert against the third wave of the epidemic.

If we take the last day of the final stage of the "Epidemic Index 2.0" (May 15) as the boundary, we can find that in the first four months of the outbreak, the hot debate on the Internet does not match the trend of the epidemic. At that time, the topic of anti-epidemic supplies (especially masks) and lockdown regulations was the most talked about topics.

However, in the past four months, discussion on the Internet has been consistent with the trend of the number of confirmed cases. Rather than anti-epidemic materials, the development of the epidemic and the government's anti-epidemic policies were more influential in triggering people’s emotions.

The research period spanned the initial development, spread, calm, and new break-outs of the epidemic, and planned to revisit the changes in social mood:

[Study period covering the first wave of outbreaks: 1 Jan to 15 May]

·Worry comes from the epidemic

[Study period covering the second wave of outbreak: 16 May to 6 Sep]

The happiest for two consecutive days: the government announced on July 19th that there were infections within the "HKSAR hand-over celebration party" group, and since 20th, many companies have followed the government to implement work from home arrangements. These 2 days are the happiest on the Internet during the study period. The former happiness comes from sarcastic remarks, while the latter because of welcoming the idea of working at home to reduce commute time.

The most saddening, wearisome, and furious day of the Hong Kong people was July 29. This was the day when the government implemented an all-day ban on dine-in. Among the three emotions, "fury" was the most prevalent.

The most saddening two days in a row: the government implemented an all-day ban on dine-in on July 29th and announced the emergence of infections in a "birthday celebration" group in Tuen Mun on the 30th day of the month. The above two incidents pushed up the "sadness" sentiment of Internet users during the study period.

1. The government’s response to the public should be timely to help stabilize people’s sentiments. Otherwise, when citizens continue to digest information or public opinion fades, the online response will not be significant. In the early stage of the epidemic, there was heavy demand for masks. Although the government introduced mask policies twice, the business community and the public had already begun to form their own supply chains and sell their own masks for public use. Because of this, the amount of discussion regarding the Hong Kong government's mask policy was never that high.

2. If the response is not timely enough, the result will not be as good as it could be. Unanswered public opinions will ferment and rise up, and another round of negative public sentiment will develop. Another example is that the relevant authorities have repeatedly introduced different partial boundary lockdown policies, which have also received a certain degree of online response, but the discussion of requiring full boundary lockdown has not yet stopped.

3. The public receives timely information on the epidemic, alleviating anxiety, thereby stabilizing public sentiment, generating positive reviews and reducing negative reviews. Examples are the Epidemic Press Conference of the Centre for Health Protection and Dr Chuang Shuk Kwan, who hosted the press conference. On the contrary, the government’s measures to distribute free masks and subsidize production masks are not only low in discussion, but also low in positive reviews and high in negative reviews. This reflects that there is a lot of room for improvement.

4. The government should carefully consider the timing of implementation with reference to foreign measures. The salary increases of the CE and politically appointed officials failed to win public applause and instead caused upset. In-depth analysis found that it was because the Singaporean government had just announced a salary cut. The timing of the two meant for an easy comparison on the Internet, facilitating the preconceived notion that Hong Kong is not as good as Singapore.

5. The epidemic is not only a public health issue, but also a political issue. Therefore, public communication in response to the epidemic must have a sensitive political tone. Big data shows that, in addition to the "masks", the key factors that determine the acceptance of epidemic prevention measures in the market are related to politics, such as the "police force" and " boundary lockdown" and the strike of medical professionals is also one of the hot topics.

For more than nine months, Hong Kong has been constantly challenged by COVID-19, and social emotional ups and downs have been very intense. Wisers wants to discover the real thoughts and feelings of citizens from big data collected on the internet. Therefore, we have produced 3 big data reports on the COVID-19 pandemic, which not only provide information for Hong Kong people to fight the epidemic, but also hope to arm the government with objective and trustworthy references, which help them formulate anti-epidemic policies in more effective ways.